Tomorrow TV is a reimagining of the late night talk show for tomorrow’s voice. Light, entertaining, and inspirational it skews the
paradigms that traditionally make-up the talk-show format rethinking the guest curation, set design, interview style, and brand
collaboration. Tomorrow TV, independently run new media, released regularly online, will showcase those at the forefront of the art & fashion scene with a strong voice in the Queer scene.

For the stage concept, the director was looking for a futuristic atmosphere, not set in any time or place, fluid, sophisticated but yet awkward. The idea was to review the 90s talk show aesthetic with a twist, incorporating all these elements to create something new and unusual. Since the concept was pretty wide, we decided to give different options, giving different interpretations to the deck from the production.

The first design “The fourth dimension” represents a virtual space in which different elements of the history of television are floating in space. A set based on defined geometrical shapes, with a nostalgic touch, in which a unique metallic texture inspired by post-digital aesthetics brings the viewer to an uncertain future.

The second and third “Furry dreams” and “Sandy dreams” are inspired by the B movies of the 70s. Located on an unknown planet full of strange creatures, their fluid topography generates different spaces and camera angles that give rise to varied frames of a kitch and futuristic or a dreamy aesthetic that mixes the natural and artificial.

Finally, the fourth proposal “Fluid” is located in an abstract, weightless place, in which different amorphous figures float in the space creating the television plate, which in this case is floating on an unknown liquid surface. 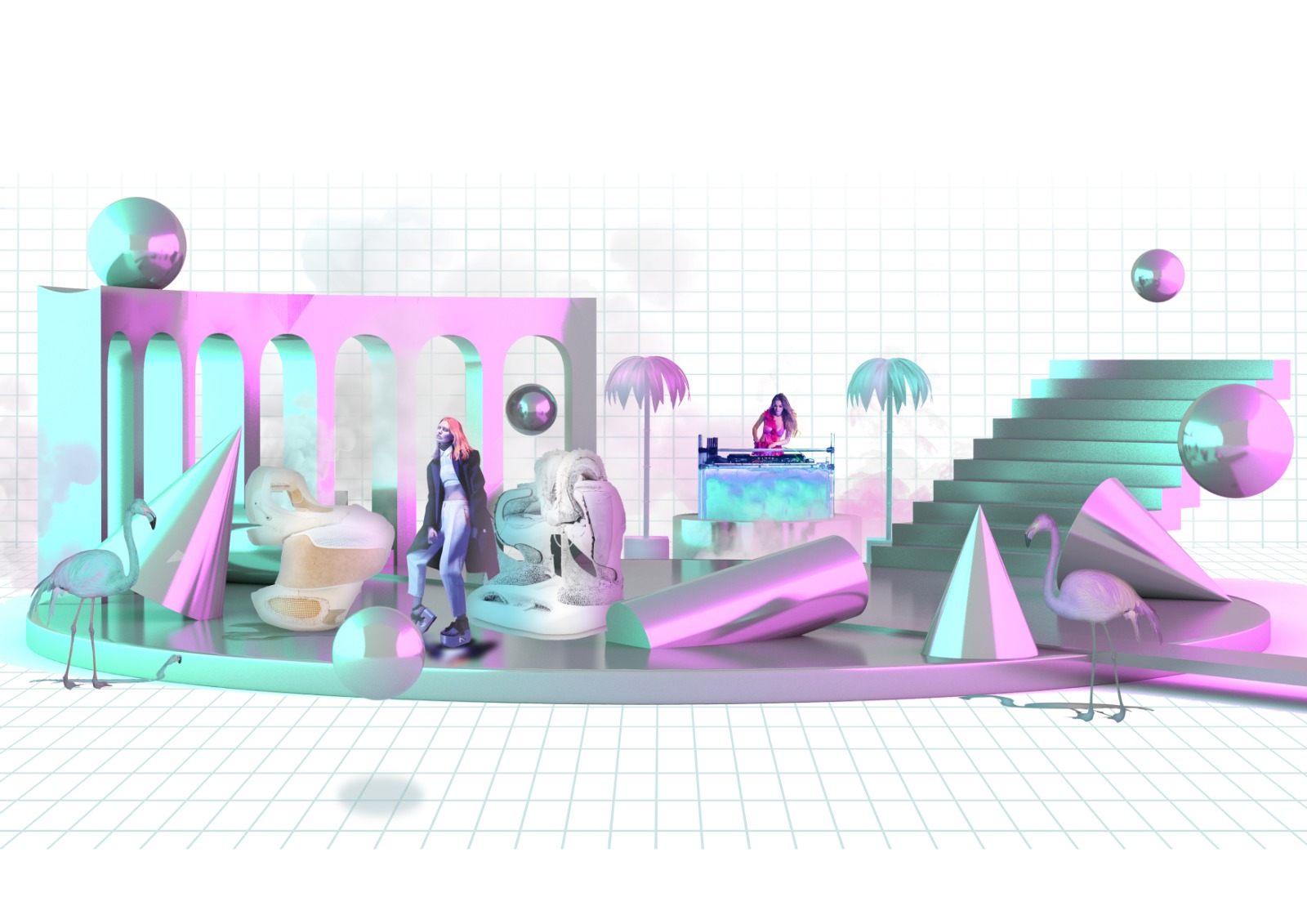 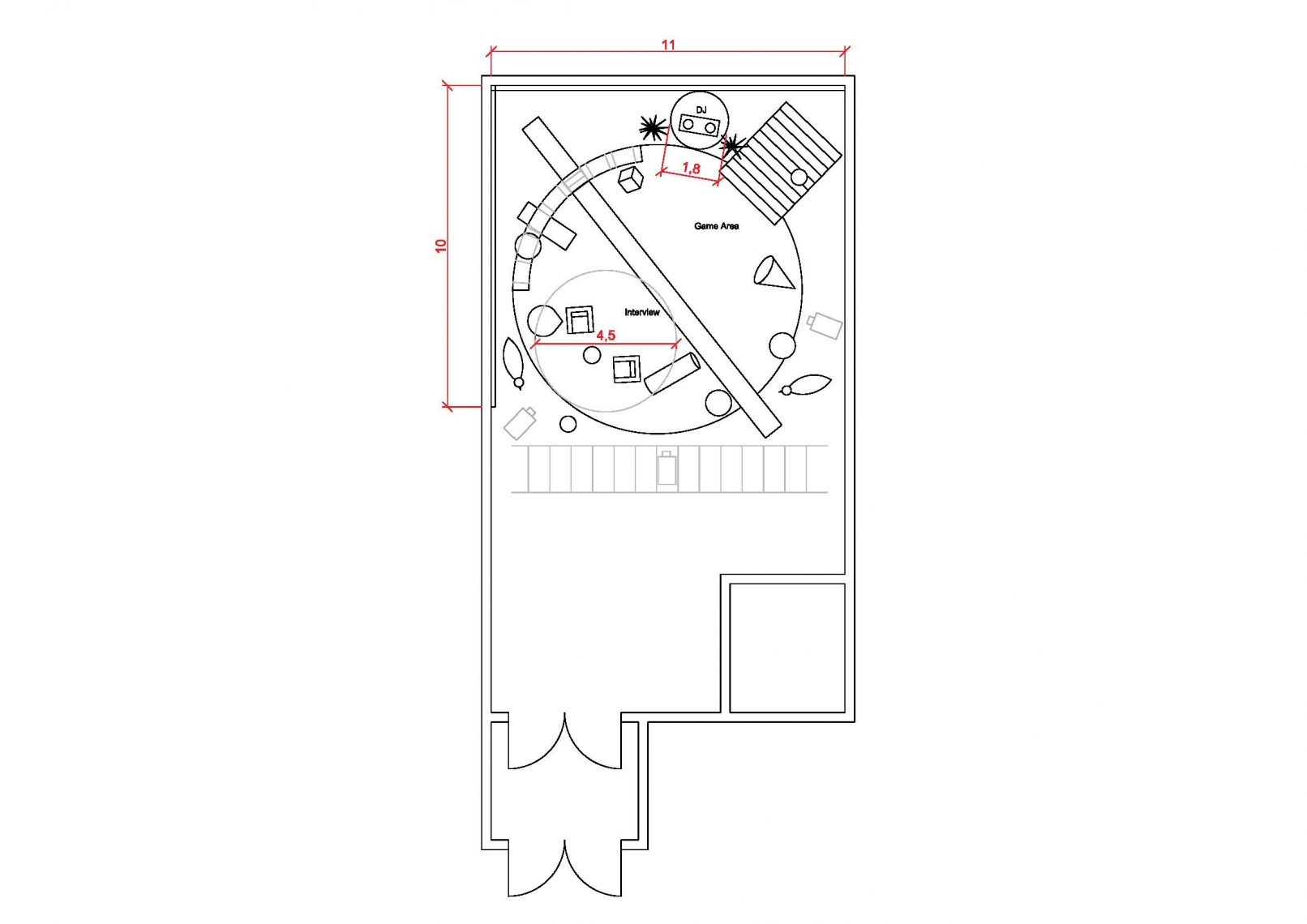 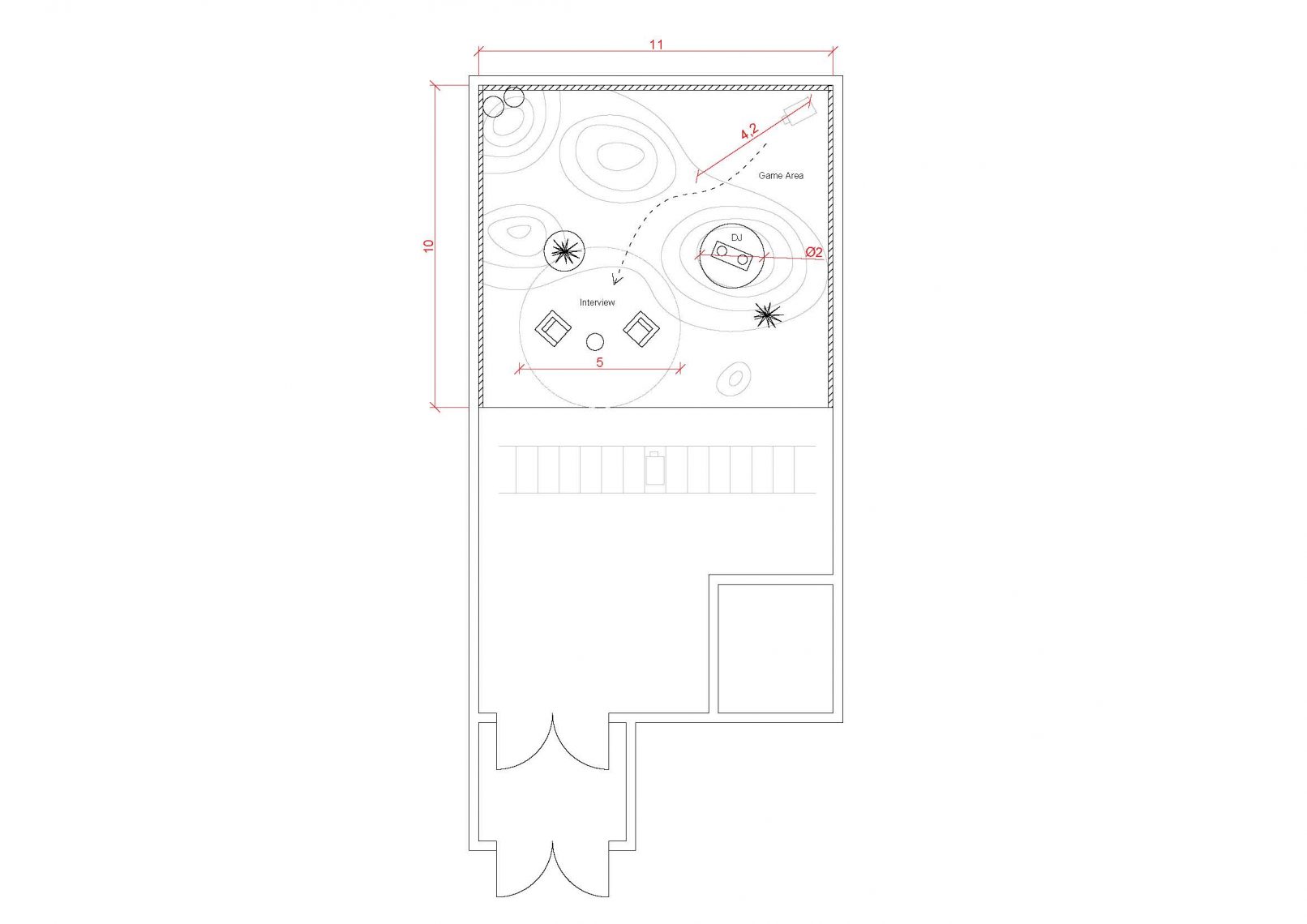 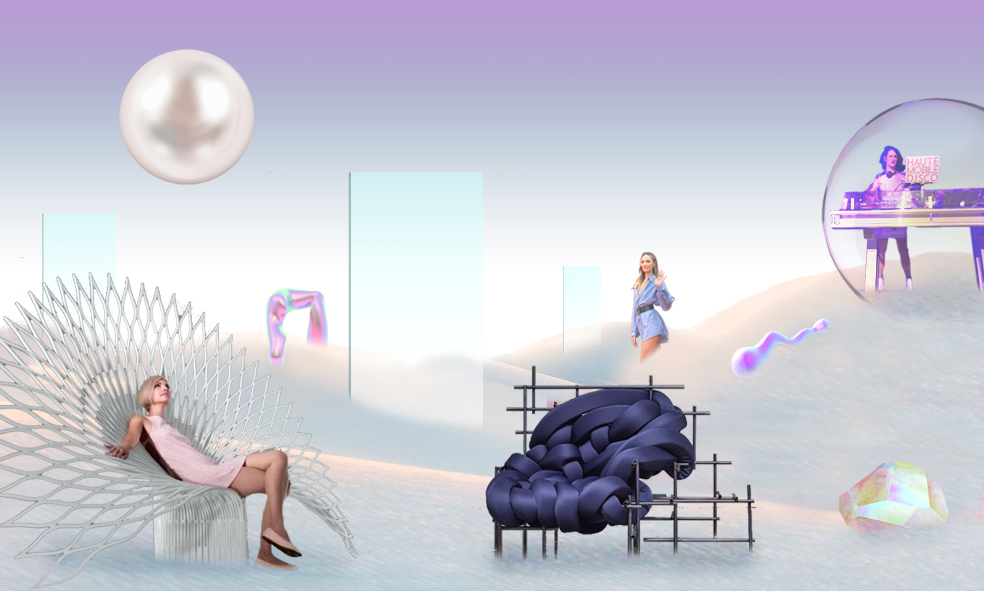 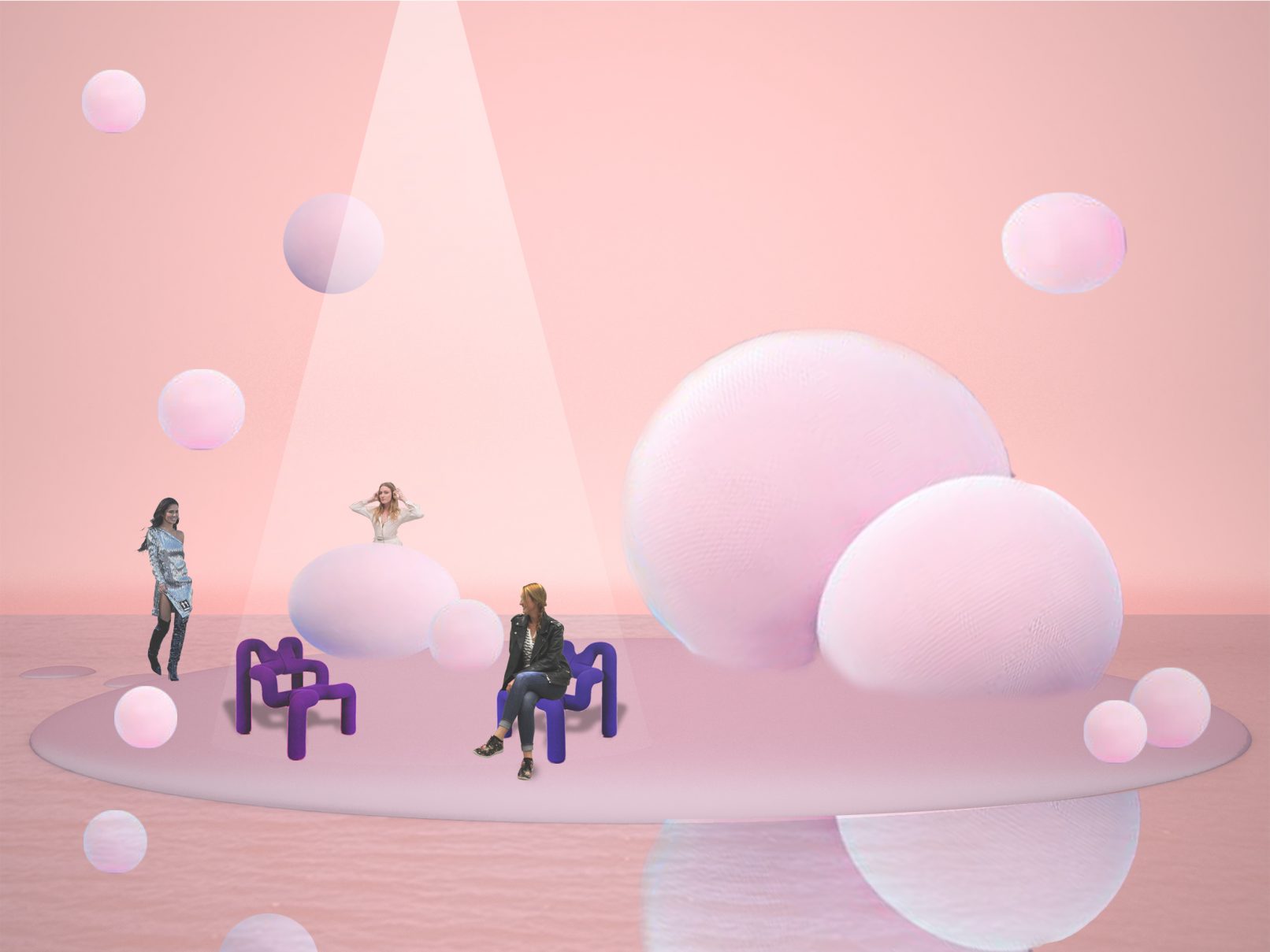 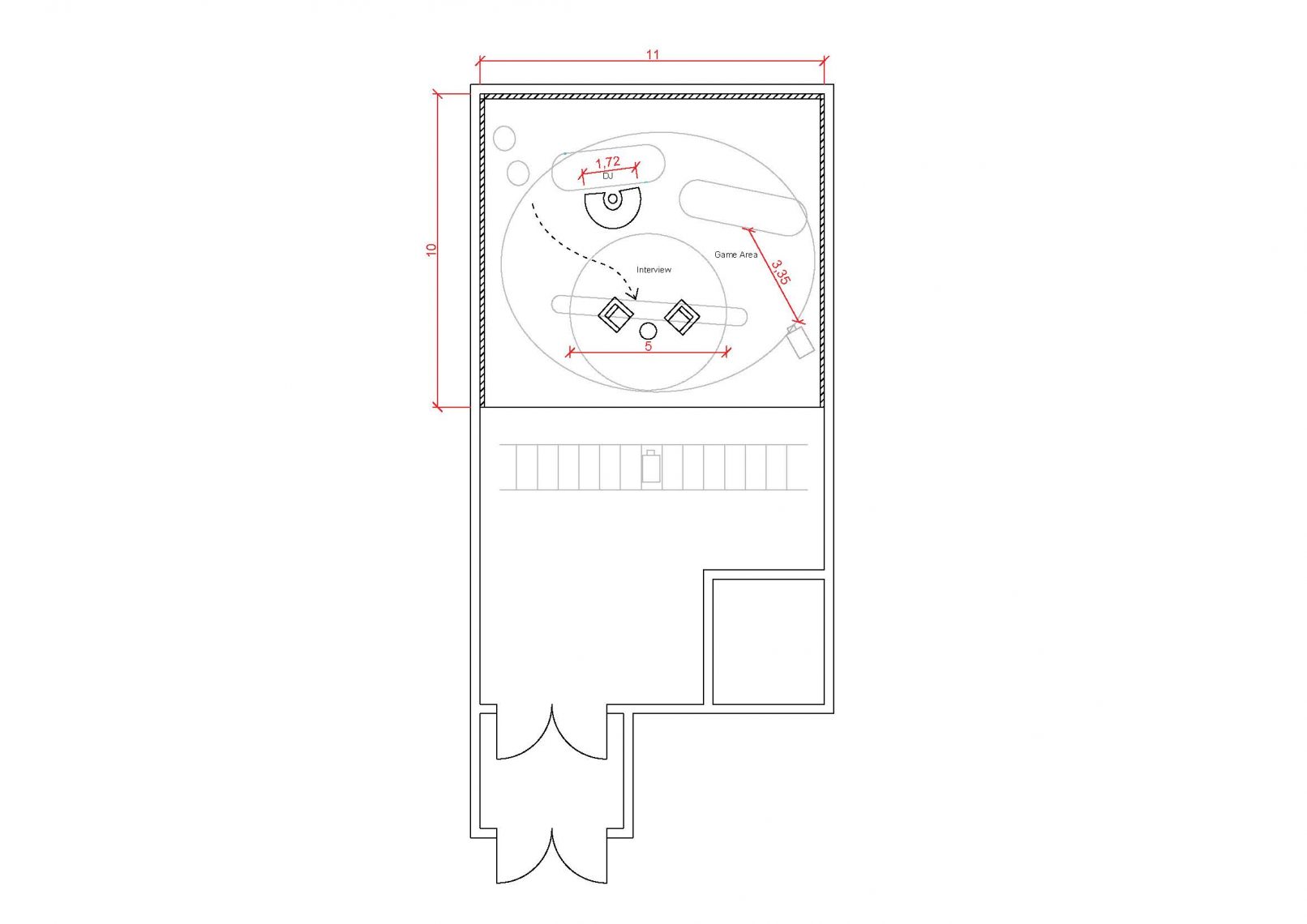