For this project, we wanted to develop a smart scenography able to respond to the audience‘s reactions. In this structure, the light, sound, temperature, humidity, air quality, and even the space change during the show with the aim of provoking different emotions in the public.
While in the audience, the spectator‘s physical state (heart rate, breathing,etc.) is controlled and maintained constant through the manipulation of environmental variables.

Our scenography has a half-hemisphere shade composed of two membranes joined together.  The inner layer has the aspect of an air bubble and doesn’t require any additional support, it stands by itself. The exterior is composed of carbon fiber tubes that form a unitary mesh. These tubes have shape memory capacity. With the introduction of a magnetic field, the shape of the mesh will start to change, altering the inner layer and modifying the interior space of the bubble. When the magnetic field is stopped, the tubular mesh recovers its initial shape, allowing a static state. The movement of the structure will reflect the sounds variations, one of the variables controlled during the show. Additionally, the tubular structure incorporates a lighting system, therefore these three elements are strongly connected.

This experimental project was developed with a studio of the Department of Construction & Architectural Technologies of the Polytechnic University of Madrid. 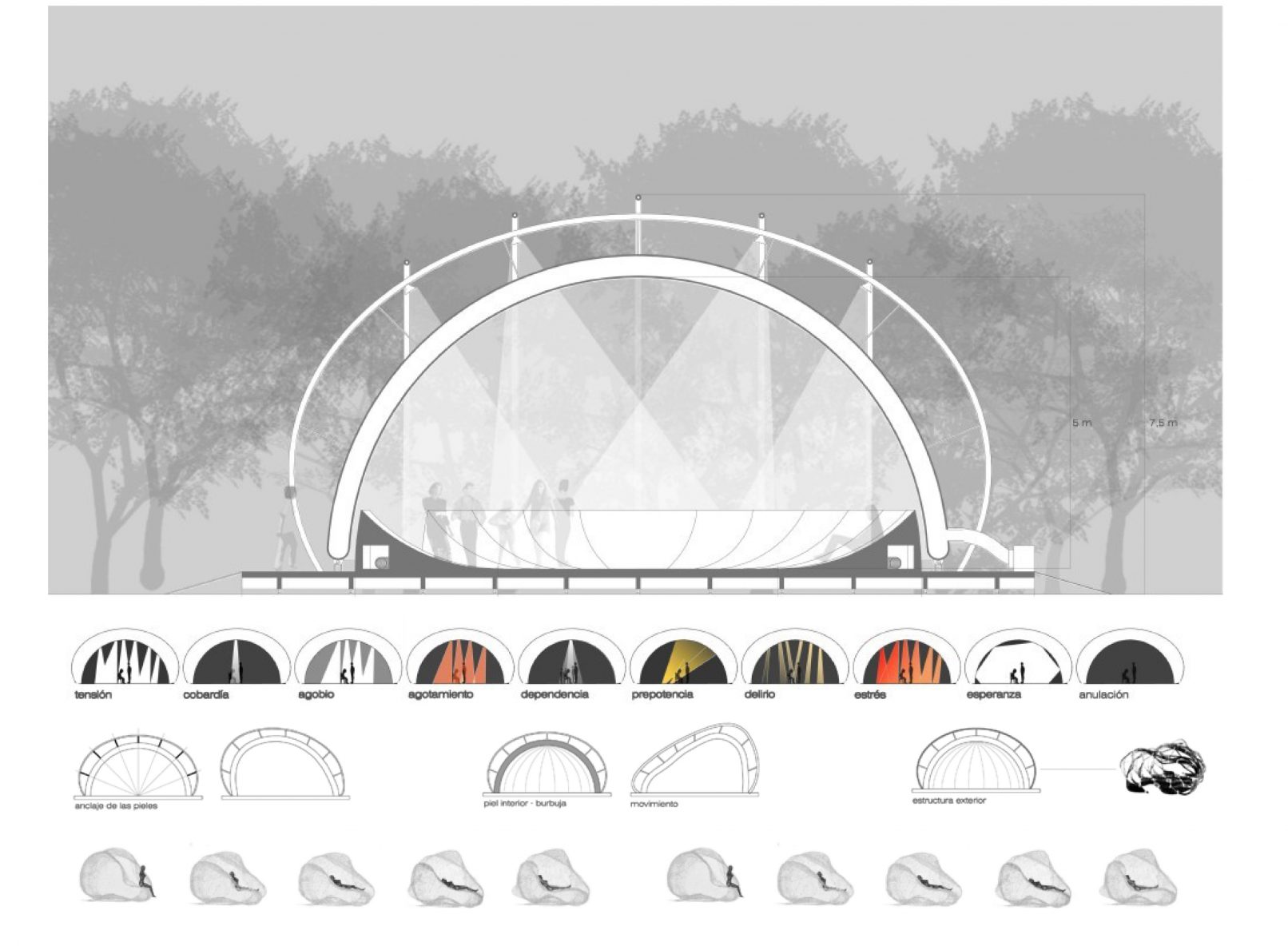