Placed in the center of Madrid, the renovation of this penthouse in a XX century traditional building was a challenge itself. With a tricky layout resulting from different extensions, the main objective was to bring back the light and functionality to the cluttered property, while introducing the new programmatic demands of the new owners. Two young creatives, a DJ and a graphic designer, lovers of cooking, social gatherings, music, and open air.

The intervention consisted of striping the existing structure to its bones, in order to make room for a new layout able to highlight the best qualities of the property. A bast open space with 5 m ceilings was discovered by demolishing fake ceilings and walls, and a large terrace appeared on the edge of the house, providing an outside area to enjoy the good weather in the city. But a new constraint appeared in the process, the existing structure walls couldn’t be removed.

Therefore a new strategy was adopted where the layout adapted to the existing, but without giving up the incredible features previously discovered. A house was then constructed in the open space using the structural walls and containing all private programs in between the narrow partitions. This lack of space forced a new creative solution, the niche bedroom. A small house inside the house to create a cozy sleeping space for the couple.

The result is a fluid and open space, with a clear division in between private and public, featuring an open kitchen and living room, a music studio, and a terrace, perfect for the couple demands. And what is more important, adapted to the southern and northern antagonistic styles of their creative owners. 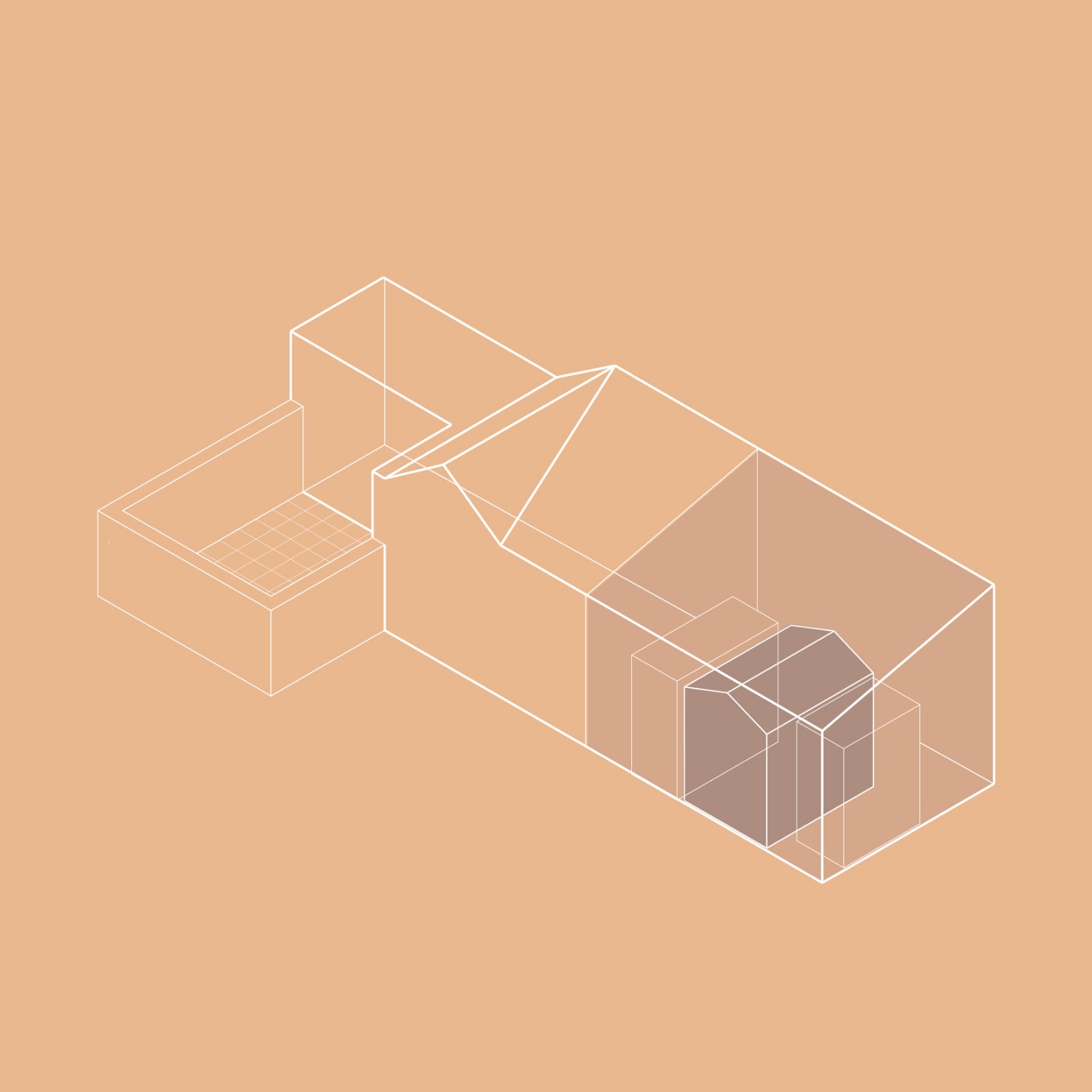 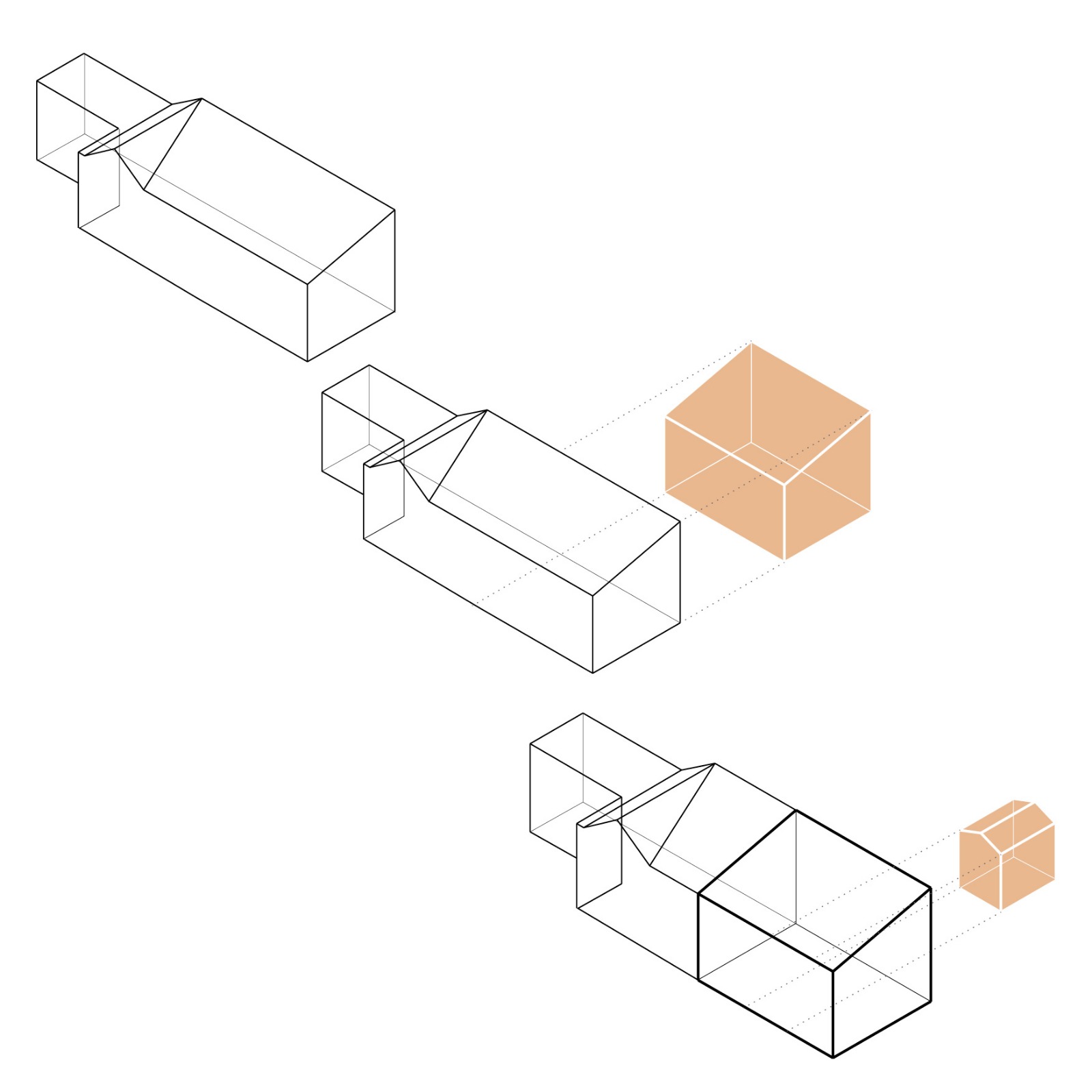 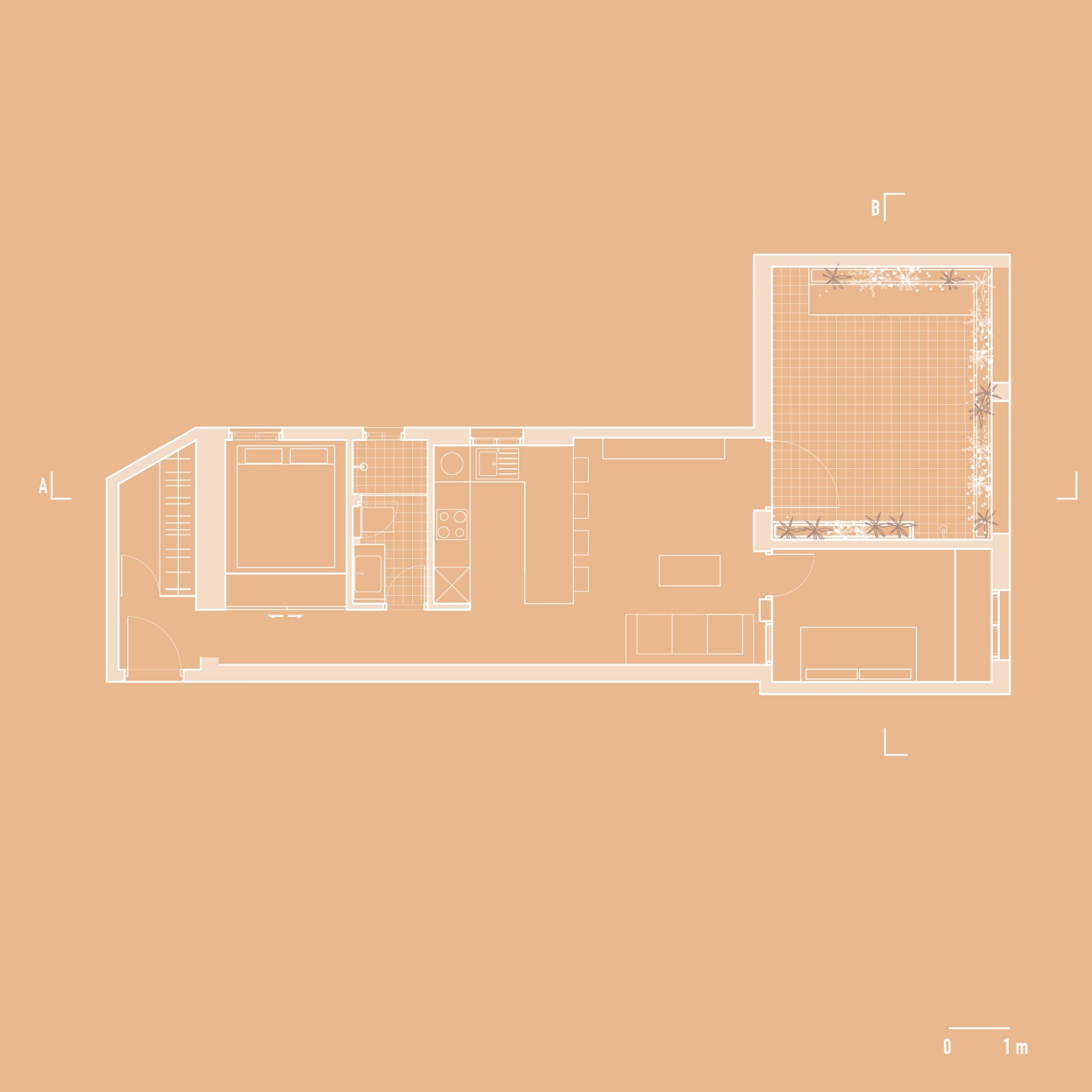 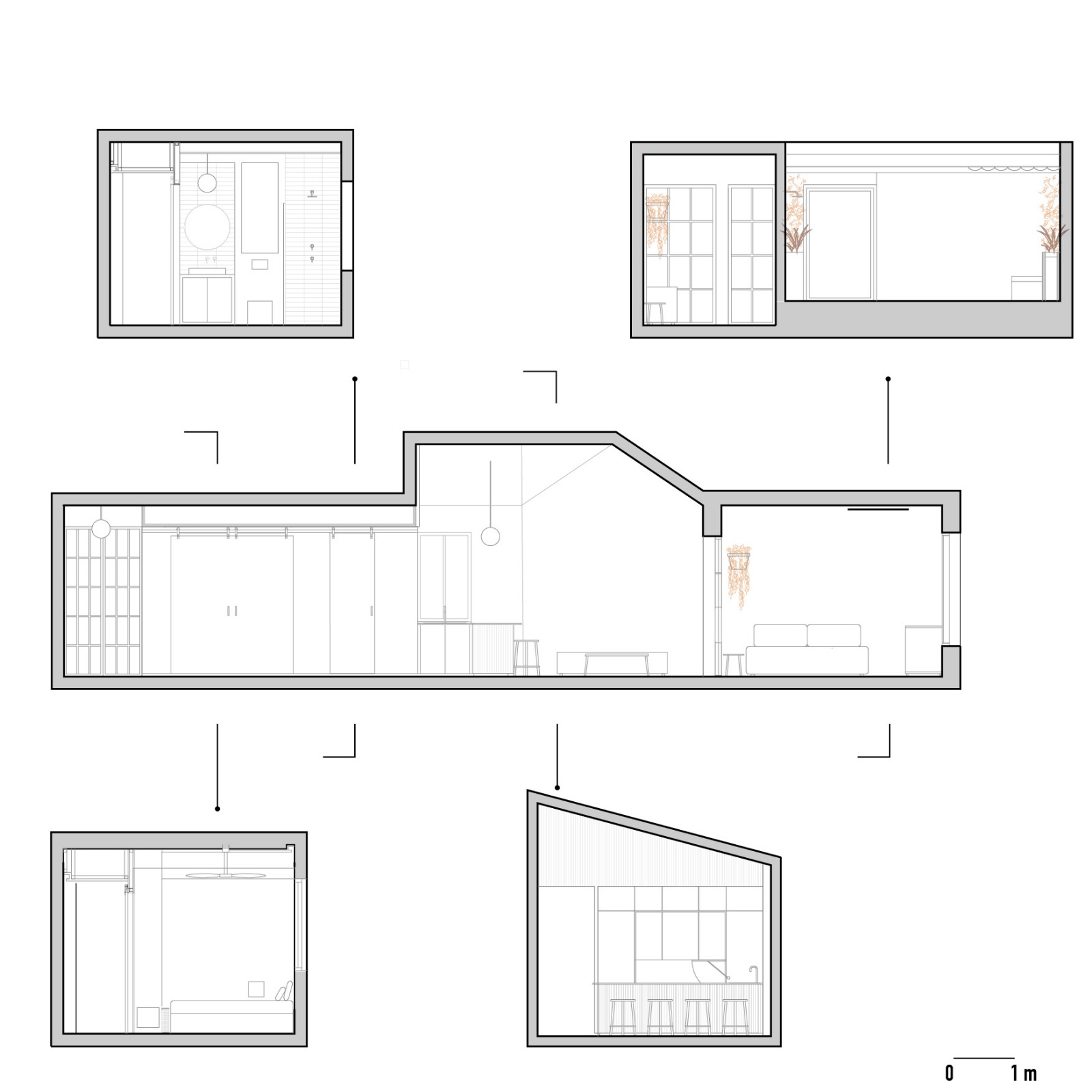 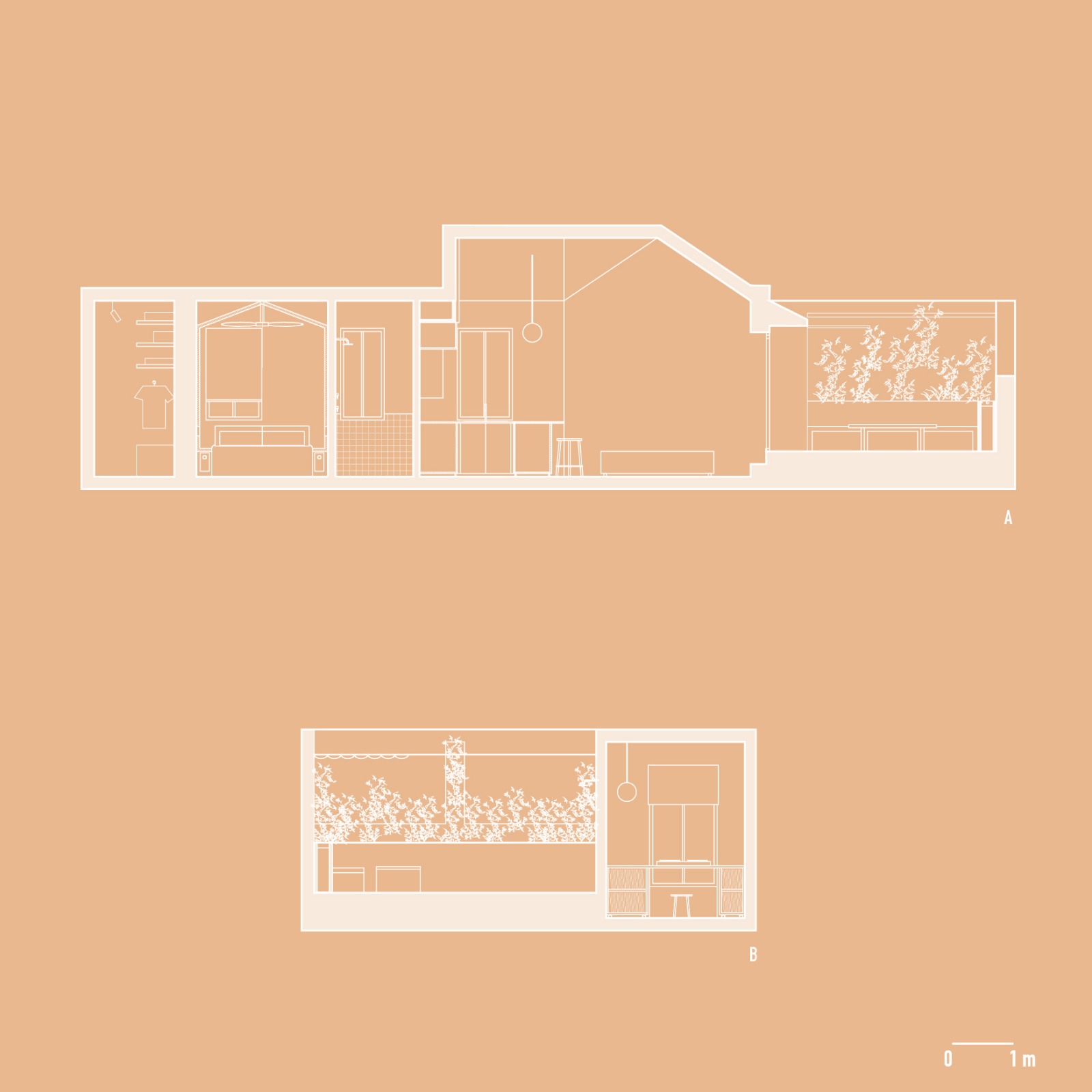 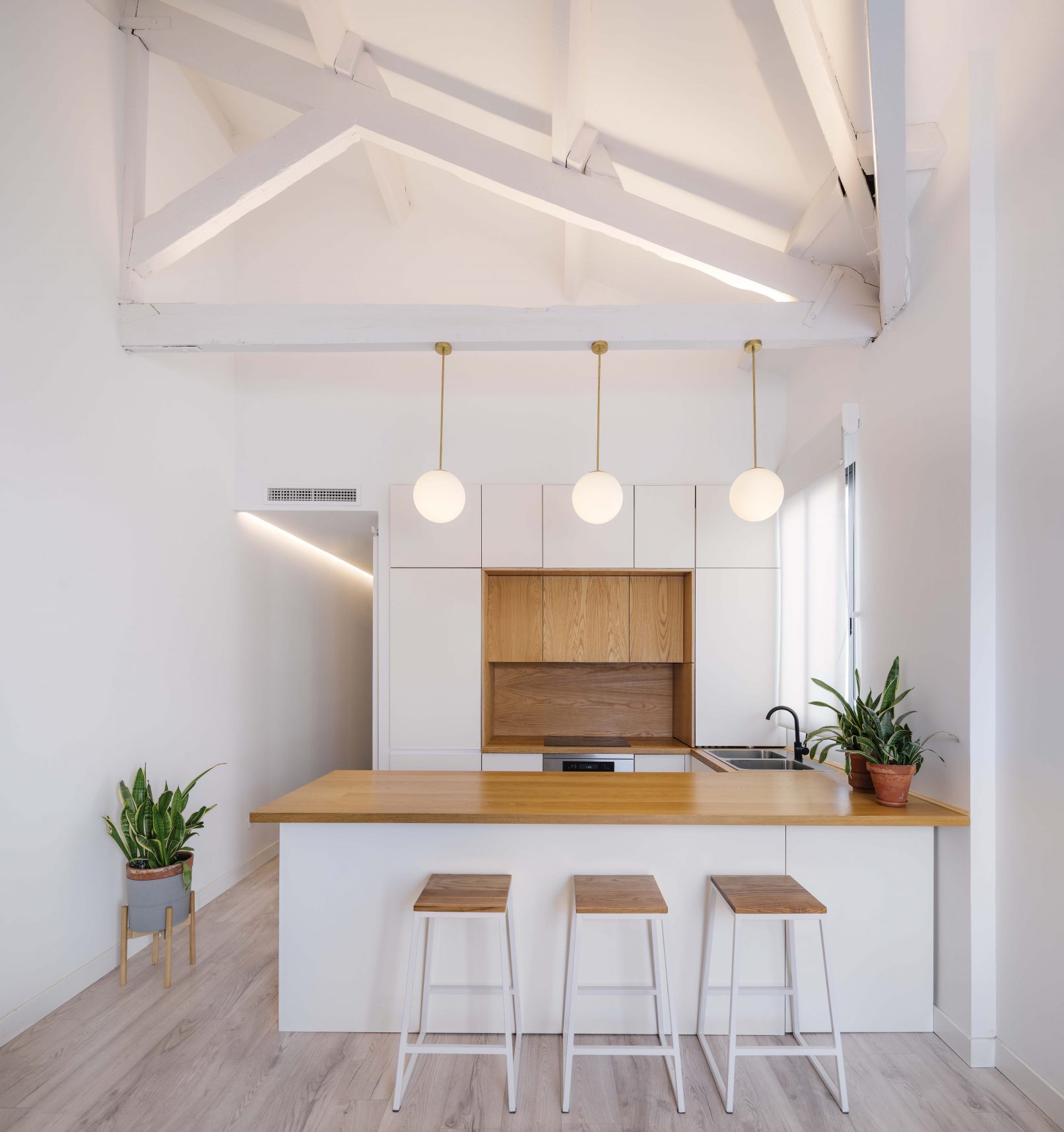 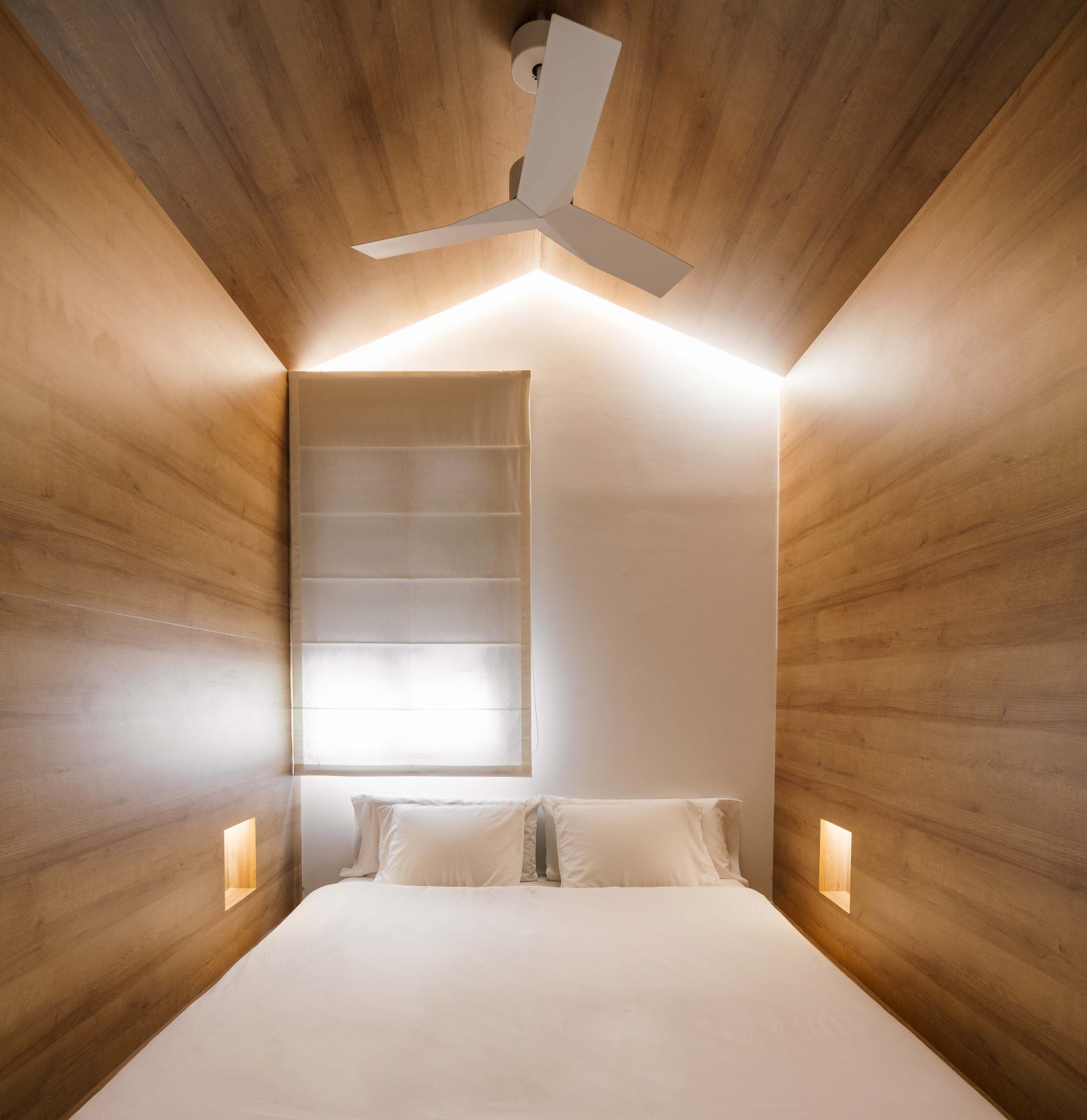 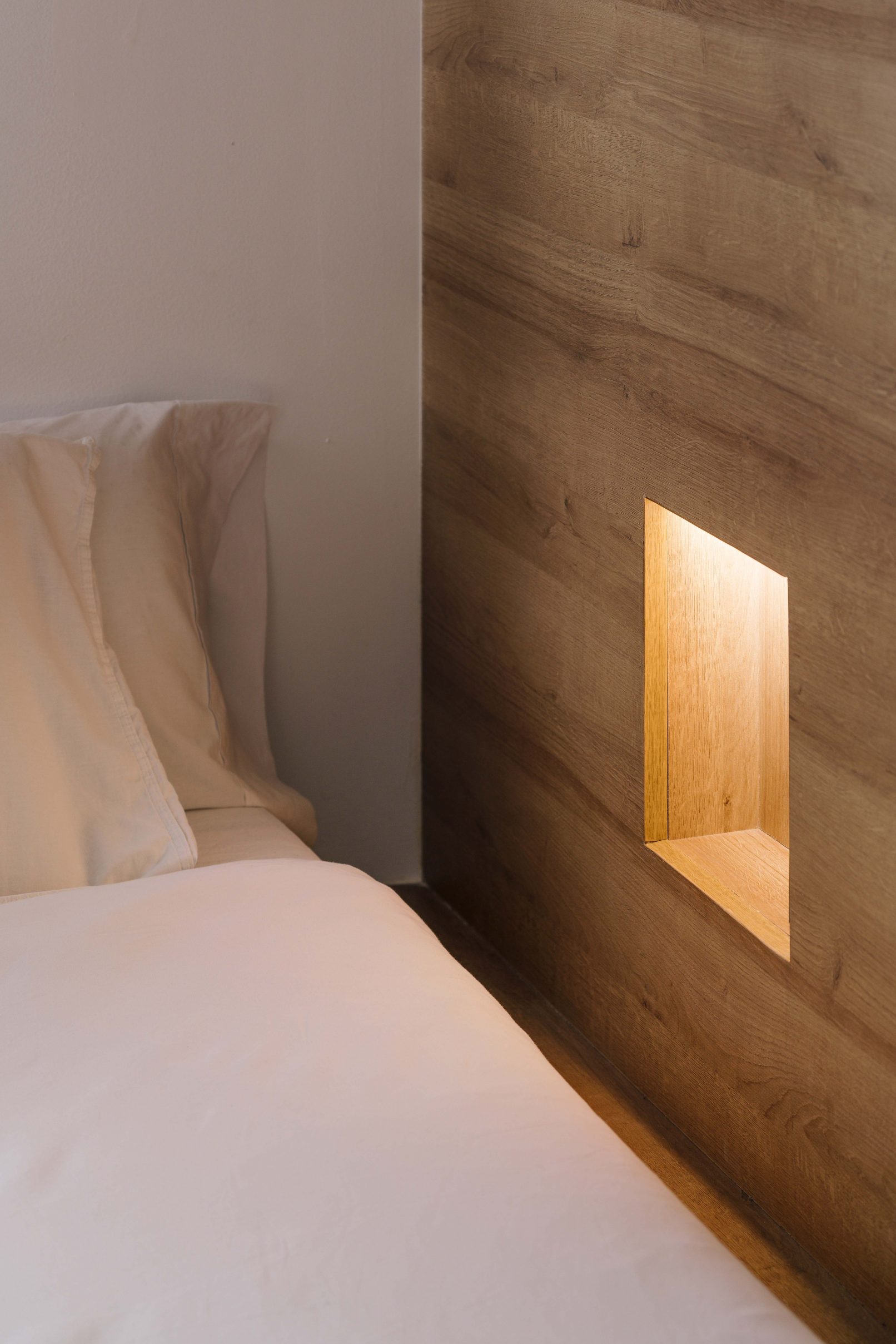 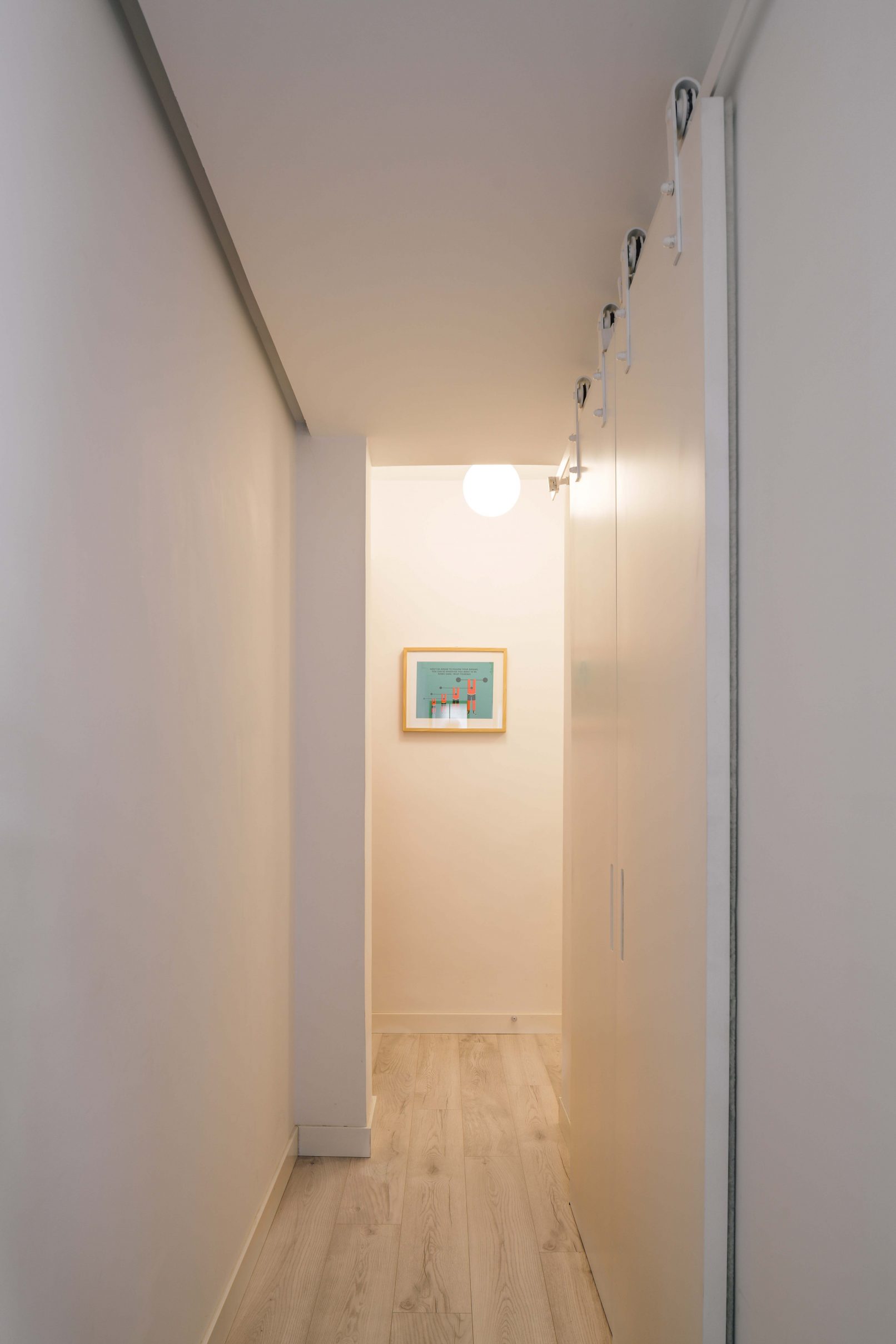 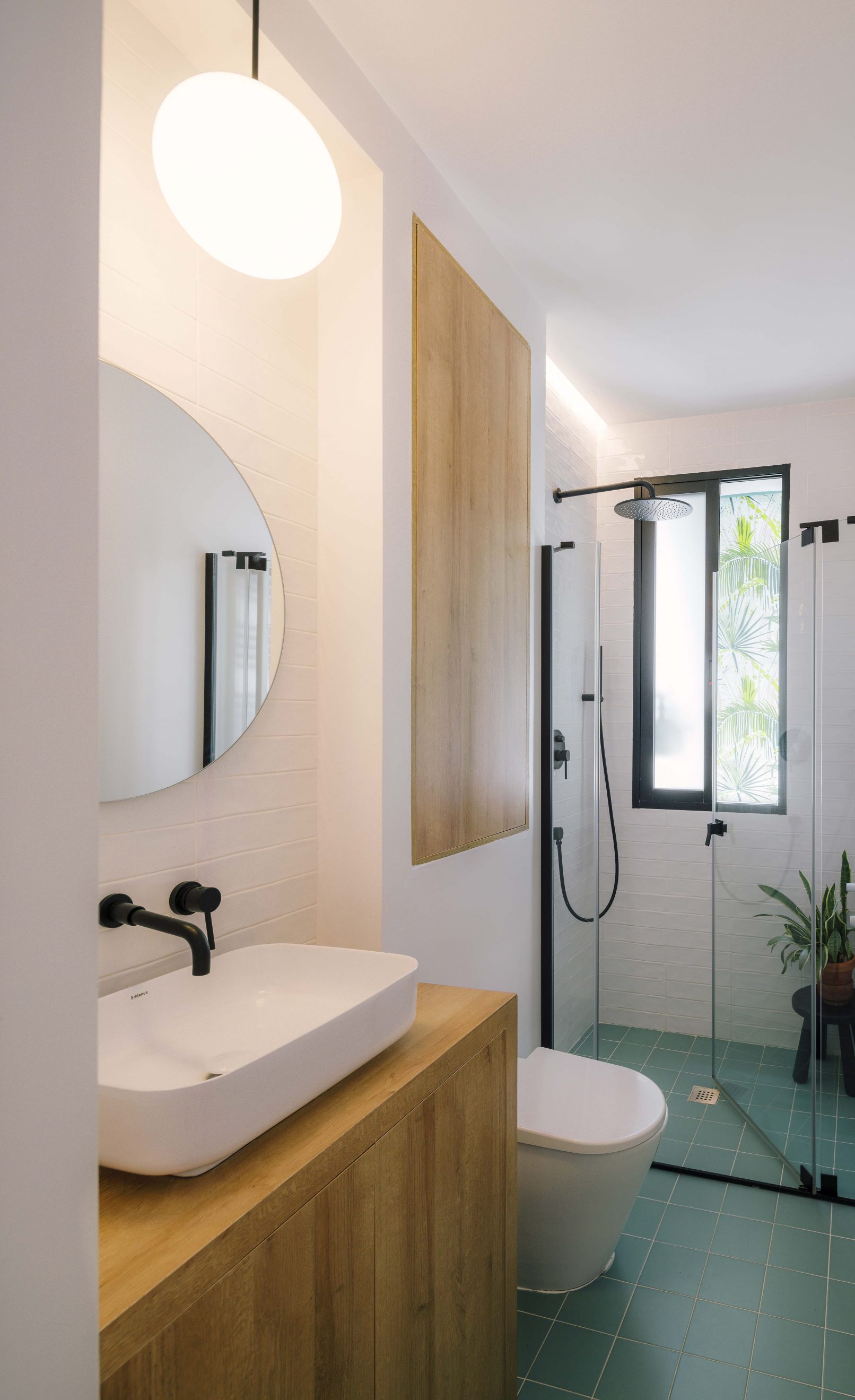 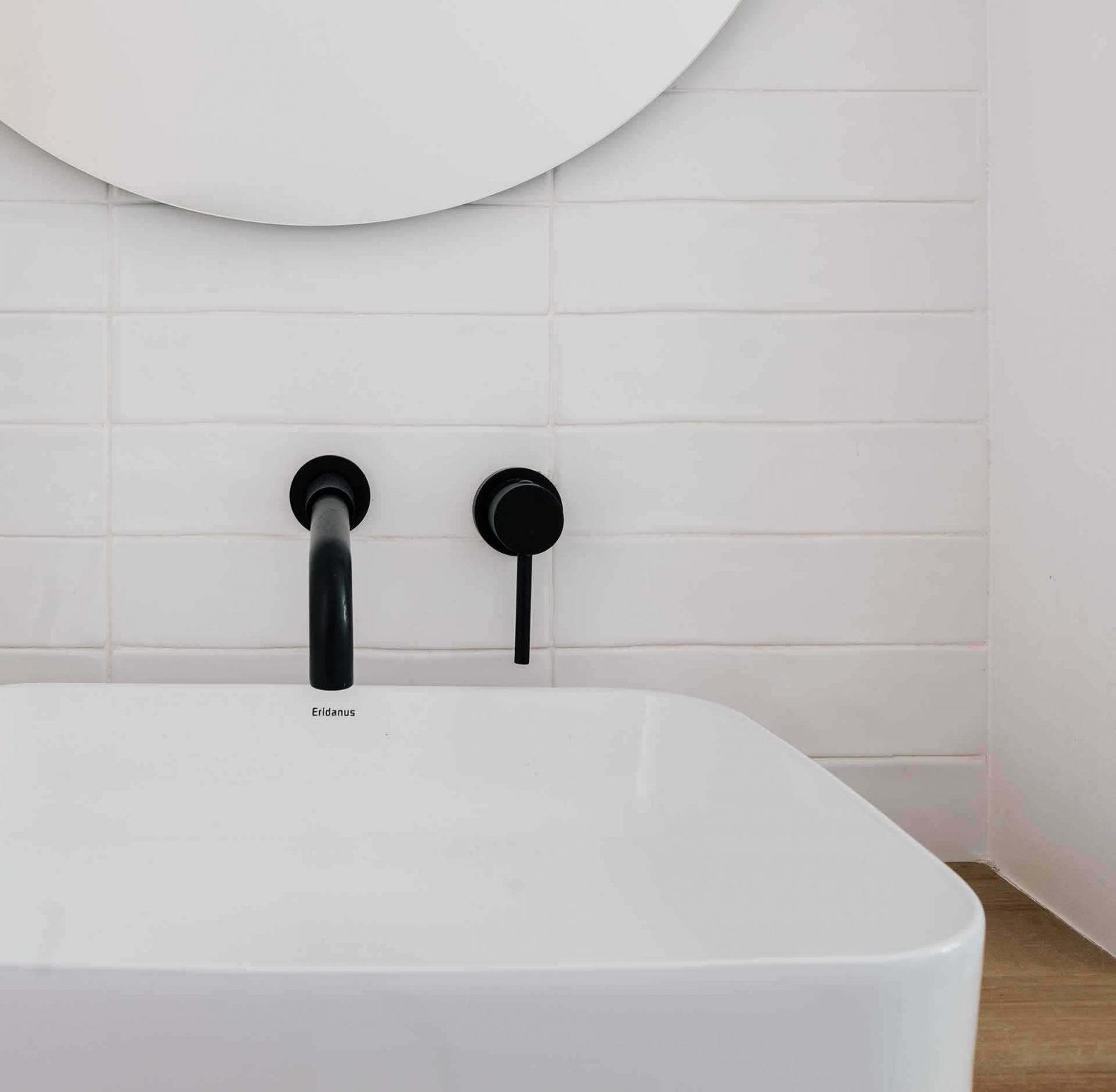 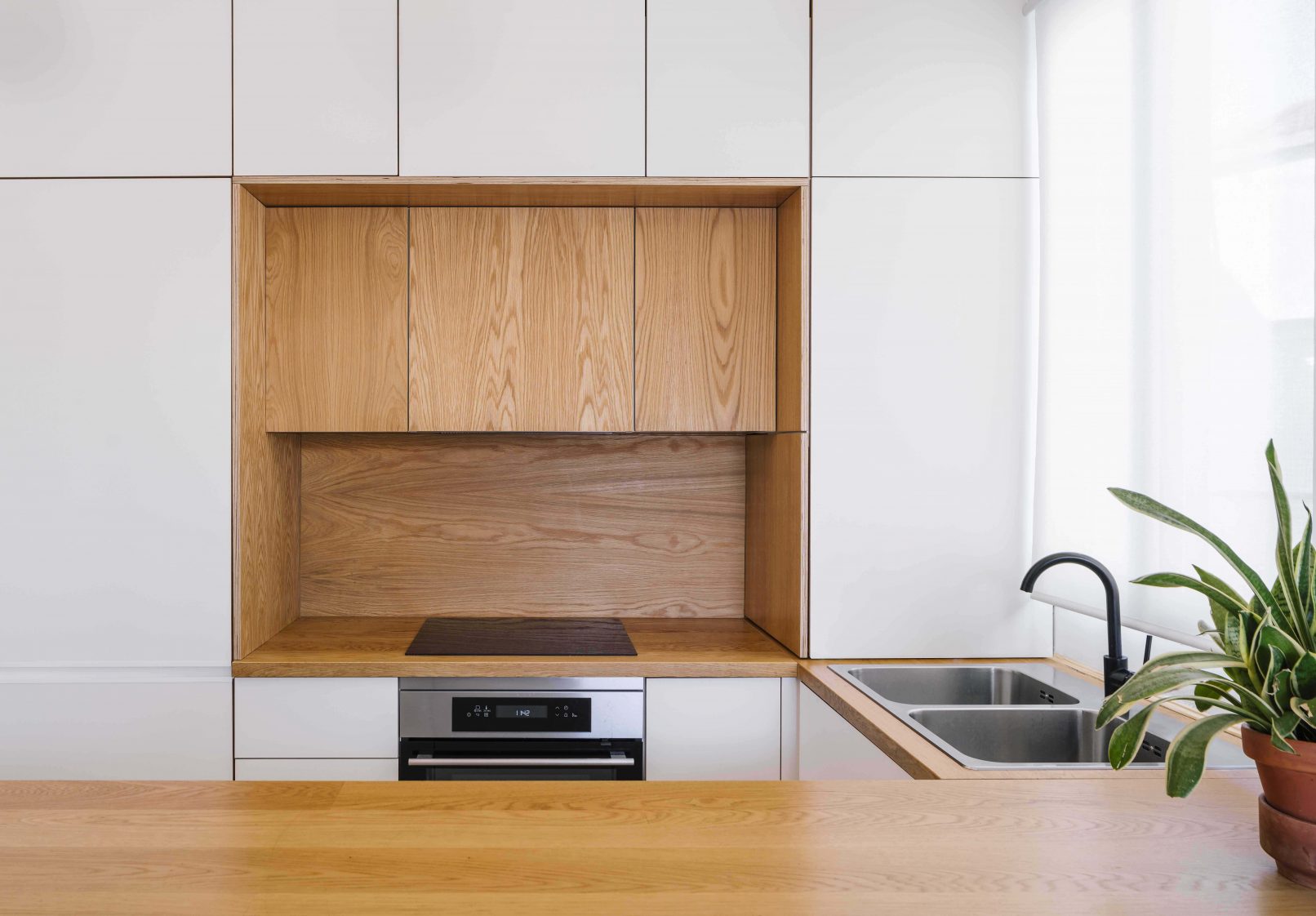 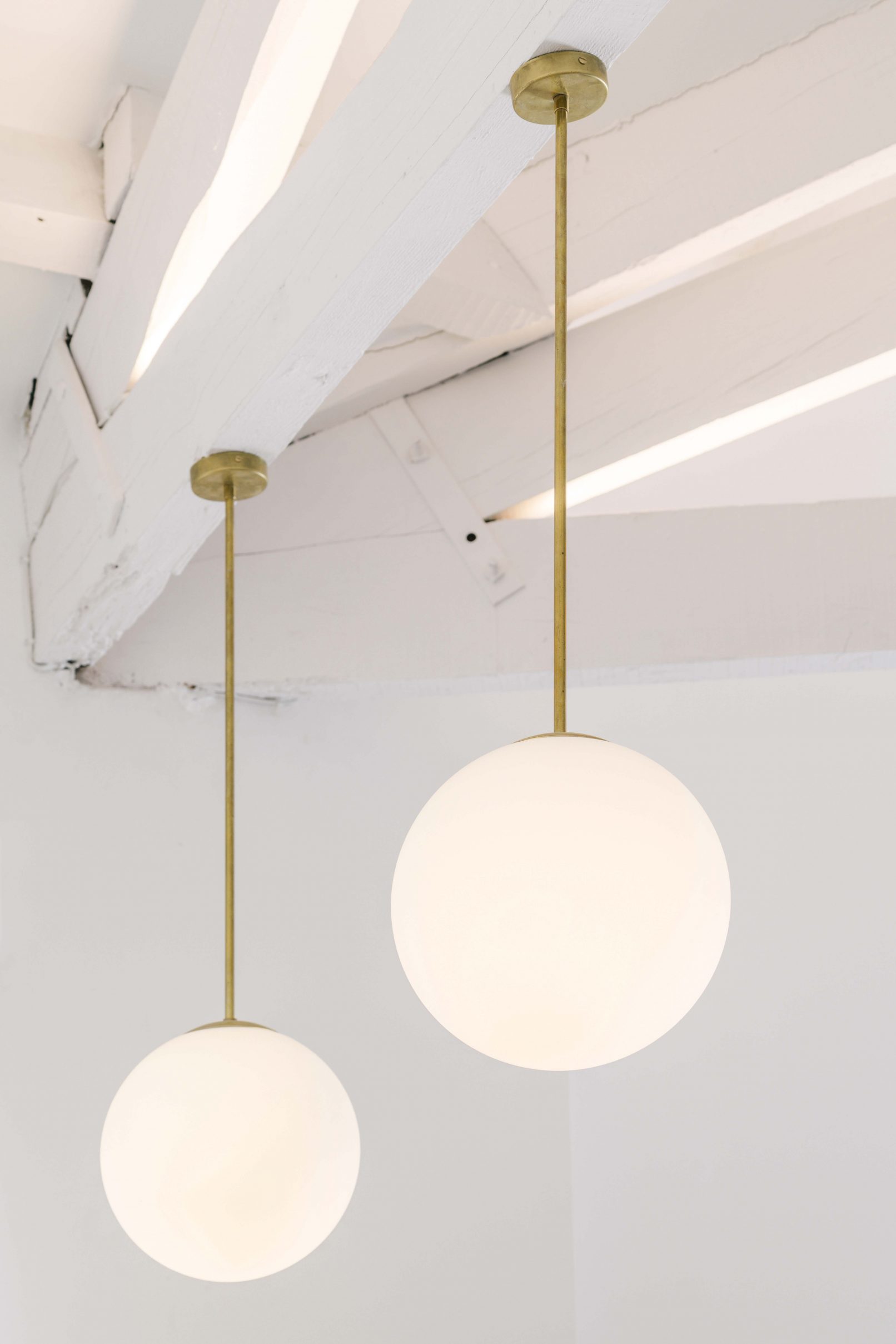 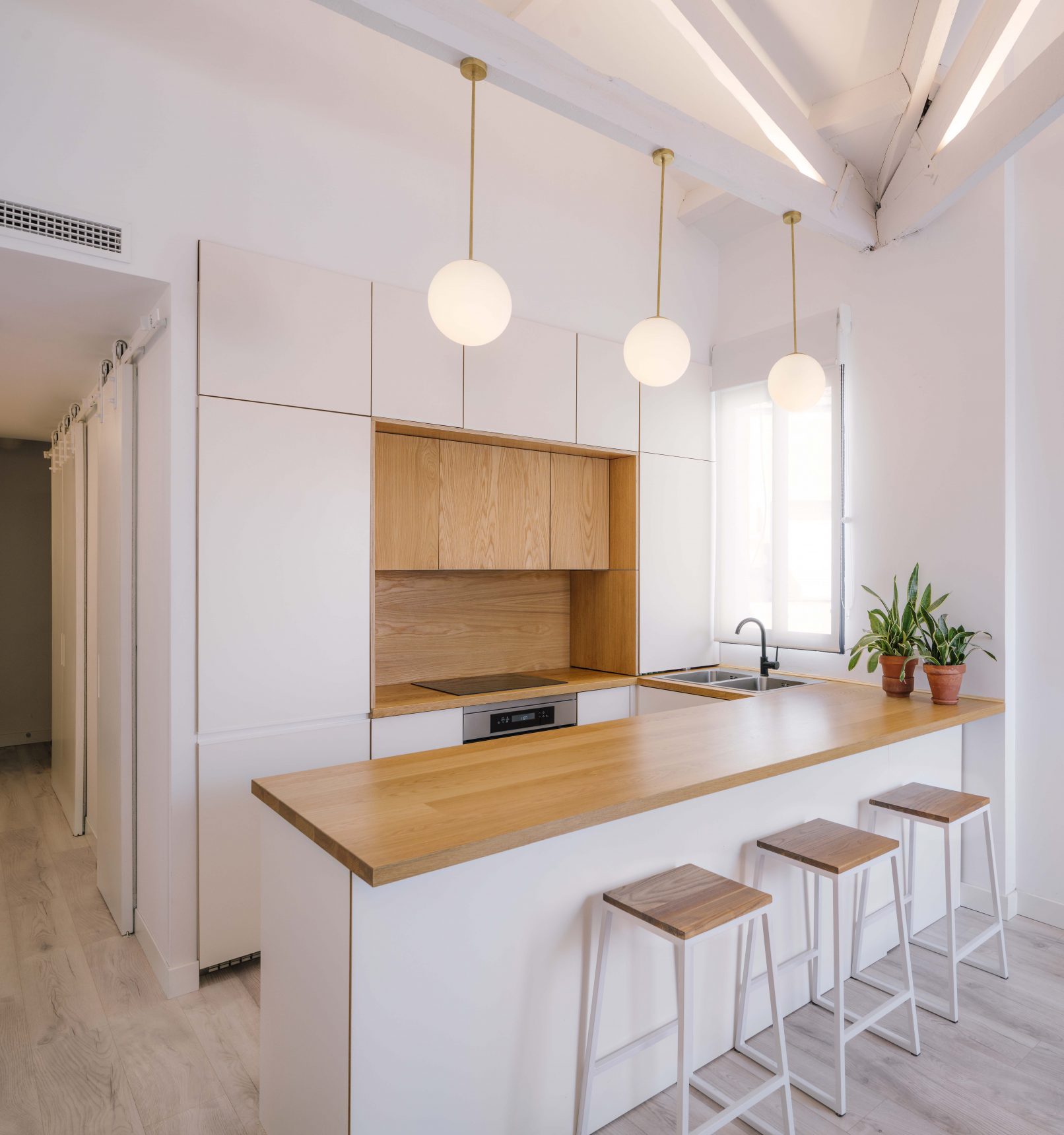 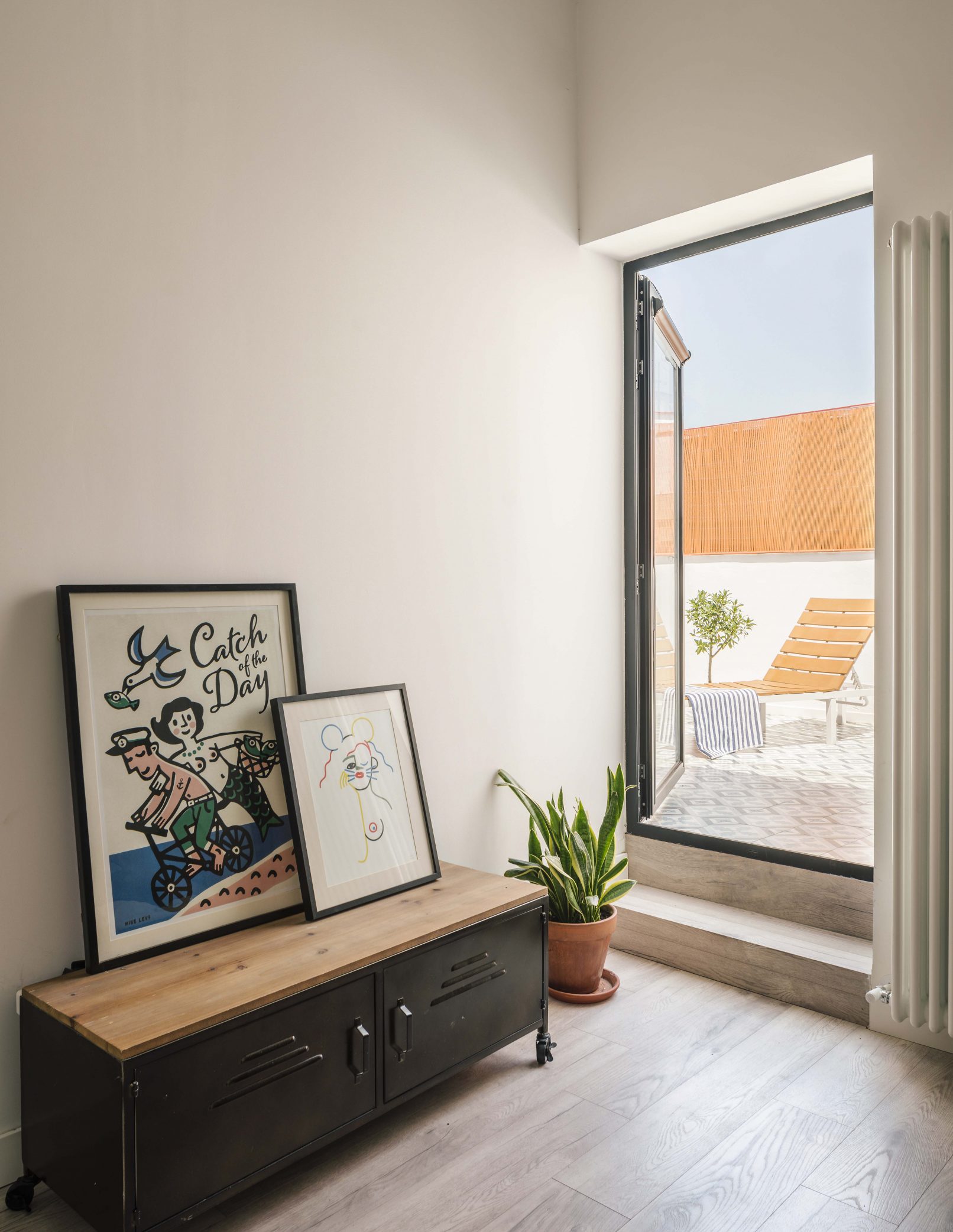 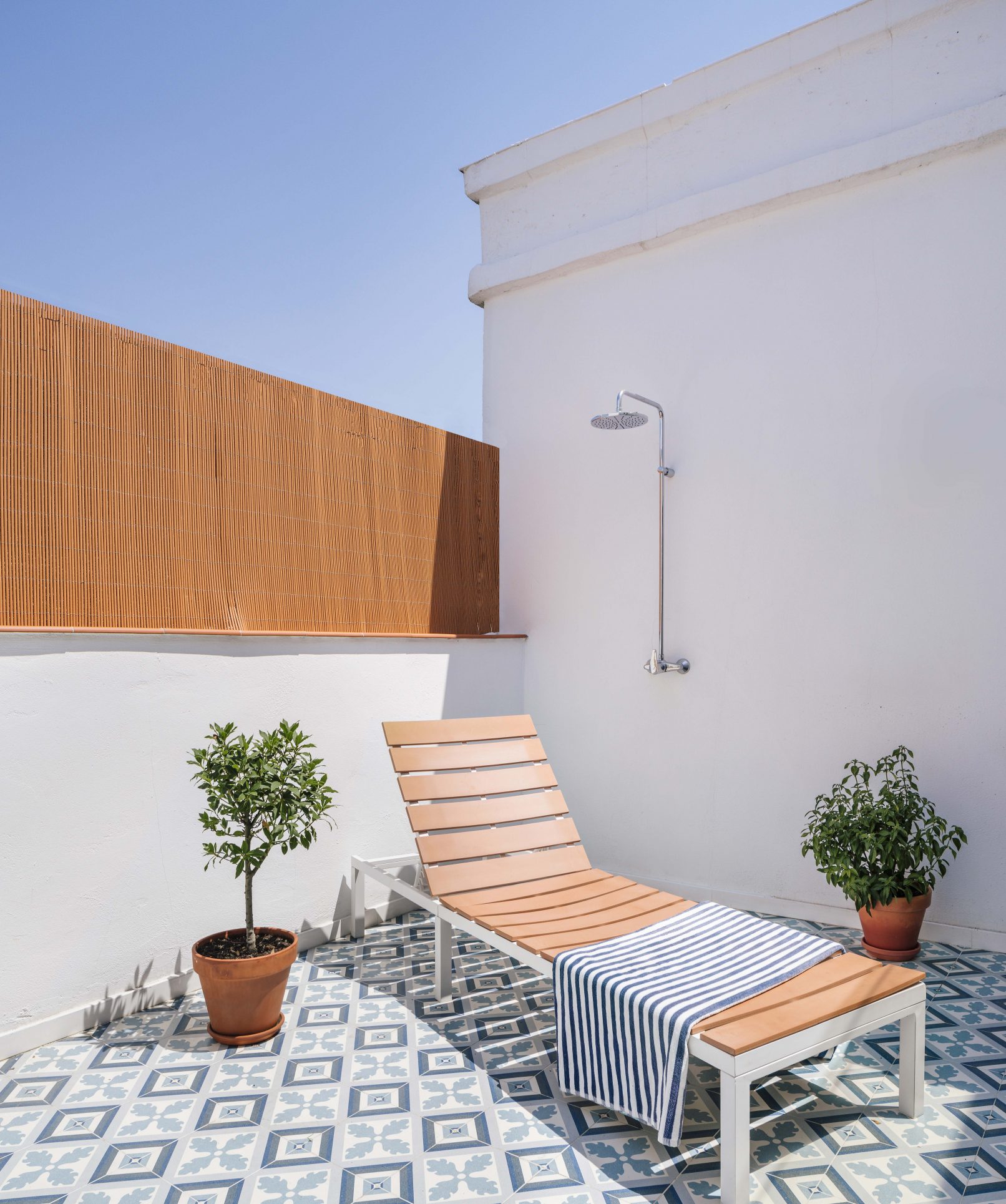